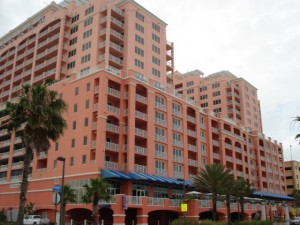 There is a lot of organization involved when setting up a new community. Budgeting for reserves is not necessarily the first thing that new boards may be concerned with. However, the opposite effect of not setting up reserves properly can have lingering effects. Money that is not set aside is an opportunity lost to fund for reserve items.

Get a Reserve Study Early

Identify All of the Reserve Items

Some of the long lasting items that are not easily conspicuous sometimes go unfunded. Communities that are responsible for bridges, storm water drainage, lift stations, pond deferred maintenance, must establish reserves early on or risk years of no funding.  One example a board member told me was that his community did not fund for bridges until the tenth year of existence. The effect was ten years of lost funding that can only be recovered with a special assessment or higher monthly or yearly assessments to make up for it.

Other tips for new associations is to remember to split up reserve funds into different bank accounts. Association funds are FDIC-insured for $250,000. A better example to illustrate this would be if an association had $450,000 in reserve funds all with the same bank, they would have $200,000 of their funds uninsured. When dealing with banks, many associations just opt for money-market accounts, which pay only a small interest rate. These are generally considered the safest investments to associations.

One other option worth considering is certificates of deposits (known as “CDs”). These investments carry only slightly more risk and have better yields. Some associations mix and match both kinds. The biggest drawback to CDs is that the money is not accessible until the duration term of the investment and if the money is needed earlier than expected, than a penalty is incurred to withdraw the funds. If an association uses CDs, the best way to set them up is to “ladder” them, where there are different term lengths. Examples of these may be one year, two years, or five years.