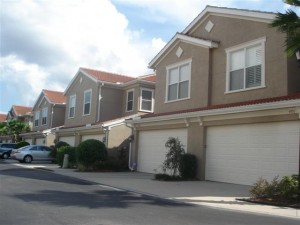 Most Equitable Way to Do Things

This approach to funding reserves is not recommended by most professionals.  Good community funding practices are to try to fully fund reserves, as this way is the most equitable and fair.  By fully funding, you are paying your share of expenses for exactly the time you reside there.  By assessing reserves monthly, you are much more likely to collect monies in smaller increments than in one large lump sum and you avoid putting a huge strain on residents to come up with thousands of dollars at one time.

Part of the reason some communities don’t set up reserves is that some older residents think that they may not live long enough to the next large special assessment and therefore don’t want to pay any extra monthly dues by adding reserves to their assessment amount.  While it may be in the best interest of some members to just do special assessments, it is generally not in the best interest of the community for the short term or long term.  There are several reasons for this.  In the short term when large special assessments are levied, it creates an enormous stress on the unit owner that may make him sell his unit, go into foreclosure, or even file bankruptcy.  When a condominium unit becomes distressed, it creates a domino effect—the unit owner will no longer contribute to regular assessments and the association’s bad debt will grow.  When the bad debt grows, the association will have to cut back on services for its residents or it will have to underfund future capital improvements.  Meanwhile, when the distressed unit owner is inevitably forced to sell in a short sale or let the property go in a foreclosure, the end result is the new owner will buy the property for a bargain price, which will drive other units’ property values down.

Fast forward an older association to the present day.  Elevators, fire alarm systems, pumps, and other mechanical and electrical systems are long-life reserve items that may have been overlooked, neglected, or just forgotten about.  But unfortunately, they will have to be replaced sometime.  And if two or more of these items need to be replaced at the same time, then the special assessment per unit will be very large.  To retrofit one elevator can easily cost $100,000 and possibly much more.

We have come across older associations with horror stories about not having reserves and having to make a collection of repairs at the same time to refurbish their building.  Special assessments in the neighborhood of $25,000 or more were issued to the residents.  Since some of these communities were home to an older population, many residents were on a fixed income and did not have the means to pay the assessment.  In the end, some owners were forced to make forced to make very undesirable financial decisions.

The good news is that this unsettling story is very avoidable.  If reserves are properly funded, then special assessments are unlikely to occur.  In the last decade or more, there has been a much greater push to set up reserve accounts and accurately fund them.  With the dawn of the internet, there are abundantly more resources for associations to turn to.  This is all positive change.  Reserves are meant to be a big hedge against special assessments and unexpected large amounts of money due from association members.