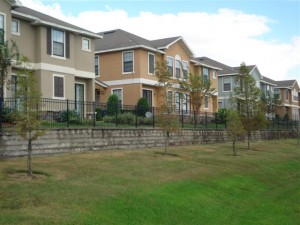 The first time you receive a reserve study, it can be a lot of information to take in.  Sometimes the client can be surprised at the suggested funding amounts.  This can be referred to as “sticker shock.”  However, it is important to remember that this is the recommended amount.  This recommended amount is not a mandate on the way the association will spend its money.  Rather, the association has the ultimate say in how their money is spent.

The higher the percent funded, the more likely an association is to avoid a special assessment.

Also, most reserve studies show the pooled (cash-flow) method and the component method.  One exception is that an association on the pooled method will not have a component method portion.  It is also interesting to note the difference in funding levels for each method.  The pooled method has all of the items listed on the reserve schedule, but has one general pool of money to draw from.  The component method funds each item or category with its own set of funds and money from this account cannot be used for other categories unless it is passed with a majority vote.

Ultimately, associations choose to get reserve studies to give them a road map for their long term, big ticket expenses.  Choosing to follow the recommendations in the reserve study will be in the association’s best interest.  The reason that reserves are funded is to keep property values up, keep the property in a very presentable and marketable condition, and to avoid special assessments.