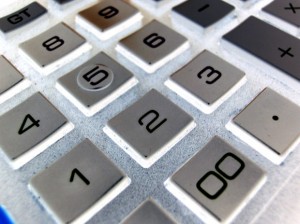 When reviewing a reserve study, there is a lot of information to comprehend.  Important measures to note are the yearly funding totals and the fee per unit per month.  Maybe the most noteworthy number to look at, however, is percent funded.  Percent funded is a percentage that measures the overall health of an association.

Percent funded is defined in CAI’s national reserve study standards as the ratio, at a particular point of time (typically the beginning of the Fiscal Year), of the actual (or projected) Reserve Balance to the Fully Funded Balance, expressed as a percentage.  What this means is it measures what the association has in reserves compared to what it should have in reserves.

Let’s look more closely at an example of what this means using the following numbers:

Health of the Association

The higher that the percent funded is, the healthier the association is.  Associations should strive to be around 100% funded.  When associations have a lower percent funded, they are much more likely to not be able to pay for a reserve item and end up with a special assessment.

The following are general measures to the health of an association based on the percent funding model:

Percent funded is a way to measure the depreciation of all the reserve items and to see how much of that depreciation has been funded.  Funding 100% of the depreciated amount is the ideal amount.  Percent funded is also very useful to see where your association stacks up compared to the ideal amount of reserve funding.  It can be a wake up call for some associations when they realize that they have a poorly-funded community.  As you can see, one simple number goes a long way in determining the current status of reserve items for your association.