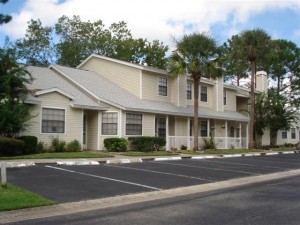 Living in an association requires diligent financial management.  The financial management has two distinct parts: the short term and the long term.  Every year associations have to prepare a budget.  Most of the line items in the budget are for ongoing operations and maintenance.  Examples of these are tree-trimming, grass cutting, professional fees, insurance, etc.  Then there are a few lines attributable to reserves.  Although reserves only take up a few lines in a budget, their impact is very large because they are often high-value assets that are a few years away from being replaced.

Sometimes in associations there is a major sentiment to keep reserves at a minimum.  The thinking goes like this: the reserve items won’t need to be replaced until several years from now, we can make up the difference later.  This line of thinking is even more prevalent in the current economy.  However, when later comes and an association is underfunded, it creates problems.  What if old roofs are leaking and you don’t have enough money to repair or replace them?  What if streets have potholes so large that you can damage your car?  What if the paint on the exterior of buildings is so unsightly that it makes it very difficult to sell your unit?

These are some of the problems that older associations can face after years of no funding or underfunding.  If this is the current situation, here are your choices:

A special assessment is a real property tax proportionately levied on homeowners and landowners to cover the costs of improvements that will be for the benefit of all upon whom it is imposed.  What this means is to cover the cost of the repair or replacement, you take the total cost and divide by the number of members (or in a condominium you pay your fractional share based on the condominium documents).  This is likely to be an unpopular and should be the last option.

Use reserves allocated for other items

This is not a permanent fix, but it can be a short term solution.  An example of this may be to use reserves allocated for other items to repair roofing.  A leaking roof is an absolute necessity to fix, especially in cases where it causes damage.  When you re-allocate reserves, this might require an association vote.

Get a line of credit from a bank or financial institution

If your association is well-managed, but does not have much extra money on hand, a line of credit is a reasonable and responsible back-up plan. This option could also cover a number of other problems such as HVAC repair or replacement, elevator repair or replacement, or to buy temporary building supplies to patch a problem.  It can also be applied to items like landscaping, roofing, and painting.  A line of credit will cost approximately 1% of the credit available per year. In this case, the association (as a corporation) is the official borrower (not the president, or board members) and accounts receivable can be used as collateral.

Get a loan from a bank or financial institution

This may be second least desirable option of the list, but it is still better than a special assessment. Rather than having all of the money collected in a large lump sum assessment, a community association bank loan will let the item be repaid over time. Common loan terms would be in the neighborhood of 5 years for painting, and as many as 10 years for roofing. To qualify for this loan a community should have less than 6% (and certainly no more than 10%) delinquencies (30 days late) of association dues. It also helps if a community is owner-occupied or used for second homes.  Developers in control of an association would likely not qualify for a loan. A community association would currently expect to pay between 5% – 7.5% interest for this loan.