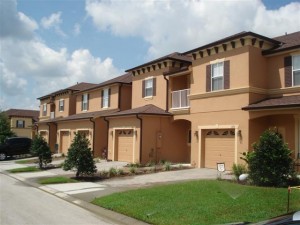 Reserve studies require input from multiple people to be their most effective.  To get the maximum benefit from a reserve study, multiple parties should be involved: the reserve analyst, the property manager, and board members within the association.  Each of these parties brings unique skills and knowledge to the process that can make the report as accurate as possible.

The association manager plays a pivotal role in completing a reserve study as well.  Their role is to give the reserve analyst as much preliminary information as they have about the community.  This includes records for repairs and financial documents.  Typically, when a reserve study has commenced, the manager at a minimum will send over the balance sheet and budget for an association.  If there is any other pertinent information, such as current bids, maps, repair history, they may pass this information along as well.

Board members also play an integral in making the reserve study as accurate as possible.  A board member that has lived in the community for an extended period of time is an incredibly value asset.  They often will know when something was last completed and its cost if there are no physical records of it.  They are also likely able to report ongoing maintenance problems or construction defects that could be addressed better in the future.  Besides the inside knowledge that members possess, they also serve as the final review for the reserve study.  Sometimes a board may have special constraints that require tweaks to the reserve study.  They also may look at the numbers presented in the reserve study and offer firsthand advice about how long things have lasted in their community in the past or what things cost the last time they had it done.  It is not uncommon for their to be at least one revised reserve study report before everything is settled.

As you can see, to get the best result from a reserve study, the reserve analyst, property manager, and board members need to work synergistically.  Each party has a role that is critical to reserve funding of the association’s reserves.