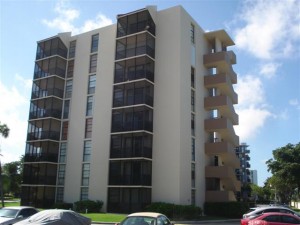 We believe that reserve studies are an essential part of property management. People and property are constantly changing and evolving. As a result, the useful life of a funding study is at best a few years and certainly not more than five years. How long a reserve study will stay effective depends on several things: recent economic conditions, construction costs and demand, stability in the community, the actual condition of major items nearing the end of their economic life, as well as others constraints.

The economic conditions assumed in a reserve study may play the biggest factor.  Historical inflation is approximately 3% per year.  However, in a one year window, three year window, or five year window inflation may be may be drastically different.  From the period of 1988-1991, inflation rates by year were 4.08%, 4.83%, 5.39%, and 4.25%, respectively.  Even more drastic than that was the period from 1973-1981, where the yearly inflation rates ranged from 5.75% to 13.58% and averaged 9.05%.  Contrast that with the last 2 years of data, where in 2009, the inflation rate was -0.34% and in 2010 it was 1.64%.  As you can see, inflationary data goes up and down.  Since a reserve study focuses on what will happen in the future, the reserve analyst can only use the historical data to make a reasonable prediction about inflation over the future years.

The stability of the community is another factor.  If a reserve study has been completed before an association has been built-out, the association would be diligent about updating whenever there has been substantial building activity.  However, in older communities, especially where reserve items have been replaced before, they can go a longer time without updating it.  The reason for this is that they have a history of how long things lasted and what to expect.

Some communities opt to do substantial renovations all at the same time.  If this is the case, then the community should have a reserve study updated the next year to reflect the proper life for an item and to include the constructions costs they paid to make the renovations to keep reserves accurate into the future based on current actual data.

Other times where it is in short order to update your reserve study would be:

• At changes in the number of dues paying members

• Before making changes to the property

• After a flood or fire

• After the change of ownership or management

• After annexation or incorporation

As a general guideline, it is our opinion that most stabilized communities should update their reserve studies every three years, assuming normal inflation rates.  Three years is an appropriate time to re-evaluate the financial data and construction data in the report and to make appropriate changes for it in the future.  In a one year window, it is most likely that there have not been significant enough changes to warrant an updated reserve study.  In addition, it is less obvious as to what should be changed in a one year window, but much more readily apparent in a three year window.