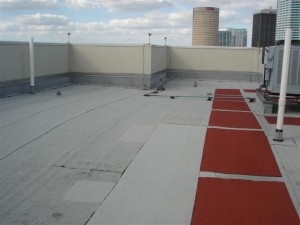 Inflation is generally defined as the rise in the cost of living.  Regarding reserve studies, inflation is probably the most variable or speculative component.  Even when a reserve analyst is preparing a report and has a good handle on current costs for reserve items, he has no control over predicting future inflation. Inflation can vary widely over a range of years.  Regarding the last 20 years (1992-2011), the average inflation rate is 2.55%.

The following chart shows inflation by year for the last 20 years:

A Real World Example of Inflation

The role that inflation plays in a reserve study can be given by the following example:

When determining the future cost of the roof, inflation factors are incorporated onto the current cost.  If 2.00% inflation is used, the cost to replace the roofs in 20 years would be $445,784.

As noted above, it is very difficult to predict future inflation.  Looking at the chart year-by-year does not show an exact trend.  That is why the use of statistics is necessary.  By figuring out the average or median rate of inflation over a 20 or 30 year horizon, the reserve analyst can make an informed decision over the course of the reserve study.

The example above also underscores the point of updating and changing a reserve study as necessary.  A reserve study is almost like a living, breathing organism.  Reserve study updates should occur every 3-5 years in most associations.  If there have been major changes in the community, they should happen even sooner.

Economies, inflation rates, and interest rates are always changing.  Construction materials change as well.  The type of material the community used last time or was originally built with may not be the same material that it gets replaced with.  Managing your association properly requires keeping up with the economy and relaying how those economics affect your association.